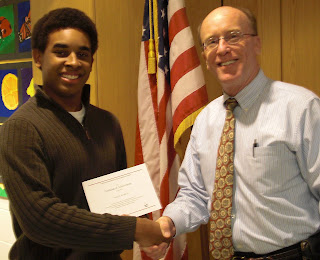 Posted by Mary Schwander at 10:25 AM No comments: 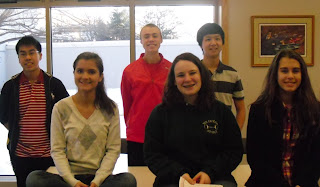 Six New Hope-Solebury High School students are advancing to the Pennsylvania Music Educators Association district competition for orchestra and band. They had competed in the auditions on December 11th at the Central Bucks East High School, along with five other New Hope-Solebury High School students. Senior, Rebecca Longworth, will be competing in the band district competition on flute from February 10th – 12th. Competing in the orchestra district competition on January 27th – 29th are senior, Brett Wachtendorff, juniors Kevin Li and Greg Chen, sophomore, Jessica Bauer, and freshman, Andrea Detlefsen, all on violin.
Posted by Mary Schwander at 7:45 AM No comments: 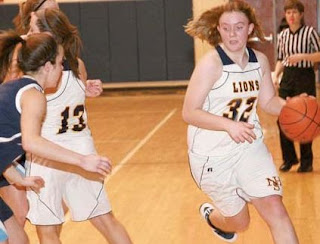 Motivated by her own diagnosis with epilepsy, Tess Frelick, a junior on the NH-S basketball team, and her friend from PDS, Molly Rubin, came up with the idea of the game. They believe that the event will let other children and adolescents with epilepsy know they are not alone and will also educate the public about the condition. Molly, a teammate of Tess’ on an AAU basketball team, also has friends and family affected by epilepsy.

Tess is not only a stand-out guard on the basketball team, but also is on the varsity tennis and soccer teams. She was diagnosed with epilepsy during her freshman year.
“She is doing very well since being placed on medication. Epilepsy has not slowed her down, athletically or academically,” commented Tess’ mother, Terri Maxwell. Although Tess and Molly might battle on the basketball court on February 5th, the two girls and their teams are working together to dispel the myths, stigma and misunderstandings associated with epilepsy. The girls ask that the whole community come out and support “A Day of Hope” on Saturday, February 5th at 7 PM. There is no charge for the event. However, donations collected will go to the Epilepsy Foundation of Eastern Pennsylvania. There is also a JV game at 5:30 PM.

Click here for a flyer about the event.
Click here for information about epilepsy.
Posted by Mary Schwander at 4:14 AM No comments: 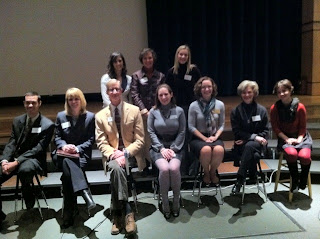 On January 6th, the New Hope-Solebury High School guidance department hosted a College Planning presentation for 10th and 11th grade students and their parents. Michelle Cosner, a representative from College Board, gave a presentation about the importance of the PSAT test and how to evaluate the results. In addition, a college admissions panel gave a presentation on the college application and admission process, followed by a question and answer session. Guidance counselors Veronica Wierzbowski and Hebat El-Turky arranged for and hosted the presentation which drew approximately 200 students and parents.

Posted by Mary Schwander at 1:41 PM No comments: